PlayStation 6: Release Date, Price, and All the Official Details in 2022

It may be too early to talk about the PlayStation 6, as the latest PS5 was released in 2020. But there’s nothing wrong with fantasizing about what could happen next.

Although the PlayStation 6 is several years away from launch, expect it to come with a slimmer design and no disc drive. Internal storage expansion would be easier and could have an improved wireless charging pad and modular upgrade capabilities.

Historically, PlayStation consoles are released after six or seven years, with the PS4 arriving in 2013 and the PS5 in 2020. The same pattern is expected for the Playstation 6.

According to Sony’s executive vice president of hardware engineering, Masayasu:

“In fact, in the past, the cycle of a new platform was 7 to 10 years, but because of the rapid development and evolution of technology, it is a platform cycle of six to seven years.”

“Then we won’t be able to catch up with the rapid development of technology, so we think as far as a platform for the PS5, it’s a cycle of maybe six to seven years. But by doing that, a platform lifecycle, we should be able to change the hardware itself and try to incorporate technological advancements.”

The PS5 features a tall design. It’s impractical for those who don’t have shelving. Hopefully, Sony will work on a smaller next-gen console. And we can expect a smaller, streamlined PlayStation 6 that allows airflow.

Expansion of the internal storage of the PS5 is possible by removing the side panel and installing an SSD. But it is not easy. The PS5 only supports NVMe SSDs that are expensive, as well as match or exceed the specs of the current drive. You can opt for external storage options, but they don’t offer the same powerful speeds as internal NVMe SSD.

However, with the PlayStation 6, we’re hopeful that Sony will find it easier to expand internal storage. A similar approach to the Xbox Series X’s expandable storage card would likely work.

It’s quite surprising that even modern gaming consoles require a plug-in USB dongle receiver for their wireless headsets. It would be great if a place above the console could load accessories. We can fit any device, phone, headset, or controller that supports wireless charging. Improving the always plugged-in feature on PS6 to charge normal products would be really awesome.

Video games go to virtual reality. We have to buy different devices to connect to our existing computers to enjoy virtual reality games. But with the PlayStation 6, Sony could bring motion controllers and headsets in the same box as the console.

Although nothing is confirmed yet, all Sony fans are waiting for the inclusion of the A2DP protocol, which would allow us to connect any audio device via Bluetooth. In this way, buying the official brand would not be necessary.

Undoubtedly, there will also be improvements to the DualShock 6 controller and more polished ergonomics in the style of the Nintendo Switch Pro controller and/or Xbox controllers. Something else that would be appreciated is that the battery has greater autonomy for a cleaner wireless experience.

A futuristic but not impossible inclusion would be for the PS6 to have wireless charging on its own, in the style of smartphones with its charging base. This way, we could leave the command on the console when we are not playing so that it is always charging and has 100% of the battery.

The PS5 has been introduced with an AMD processor and RDNA 2 graphics. No one can know what the technology will be like in 6/7 years, not even the companies.

We are sure that we would see a custom APU from AMD, as usual, and probably the Zen 5, considering that the Zen 3 came out in 2020. Also, we would surely have RDNA 3 graphics.

Here the possibilities are very variable. Sony launched the original PlayStation 3 for €599  and then dropped to € 399 on the PlayStation 4. With PS5, it has risen again by 100 euros to sell the version with a reader for 499 and keep the version without a reader at 399 euros. PlayStation 6 can vary between these prices.

Many details about what the PS6 will be are not yet clear. Still, it should certainly have a fairly affordable price, double or triple specifications, and incorporate new technologies for improvements in general. 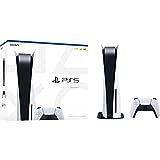 When will play 6 be?

Following this pace, a PS6 is not expected until November 2027, an approximate date, since Sony can modify its strategy as the technology market progresses and also depends on the launches of its competitors.

How many types of PlayStation are there?

In total, therefore, there are 7 types of PlayStation, obviously without counting the different variants designed over the years. Have you ever wondered how many games there are on PlayStation 4?

In this month of February 2022, several brands are likely to offer the PS5 for sale in the Standard or Digital Edition version.

Computer Engineer by training, writer and hardware analyst at Geeknetic since 2011. I love to gut everything that passes through my hands, especially the latest hardware that we receive here to review. In my free time I mess around with 3d printers, drones and other junk. For anything here I am.